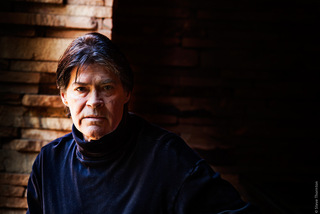 I don’t see any cons, really. After a short while you get used to answering to Joe or Agnes just as you would your own name. The pros, of course, are usually a matter of hiding—for whatever reason. With the men’s mags way back when I’d have three or even four stories in the same issue sometimes, so rather than have it look like I wrote the whole damn magazine, I’d use my real name and pseudonyms. Some folks, when they’re writing in various genres, like to hide their Evan Hunters from their Ed McBains, for instance. I hid behind Jack Ketchum for Off Season because I was worried my parents would freak at the extreme subject matter, which actually didn’t turn out to be a problem, and so I could sell it more easily masked as the ex-agent Dallas was known to be. But then the thing sold so well I figured, nobody’s going to be looking for a new book by me, but Jack’s another story.

Well, let’s see, Donald Trump really didn’t write The Art of the Deal, did he. I’ll have to think about that one ... hmmmm ...

Apparently you did a good deal of research on cannibalism before writing “Off Season.” How much does research play in your writing these days?

It completely depends on the piece. Some demand a lot, some not much at all. I spent a year researching Cover before I even sat down to start, and The Girl Next Door was almost like taking dictation, it just flew right out of me. Same now as ever. Lucky and I did a good deal for Souls, but almost none for I’m Not Sam. My solo stories too. It varies greatly.

How has your previous experience in acting informed your writing, especially your work with movie adaptations of your books?

I’m of the opinion that pretty much anything you do in the arts informs everything else you do in the arts, feeds into it. Acting, saying the same lines over and over to yourself until they’re memorized, you learn a lot about rhythms, about emphasis. I did Harold Pinter’s The Homecoming, for instance, where he insists right in the text where the pauses in your dialogue should be, which tells you what he wants emphasized. You learn a lot about the interplay of characters’ voices. My dialogue’s much the better for having done that I think.

What’s your definition of success?

Doing what you love doing, and getting paid for it sufficiently to get by.

When writing, do you listen to music or have something in the background to spur your senses?

I need complete silence in order to hear what the words sound like—that rhythm and emphasis again. And I can’t be looking at anything either. I’m too easily distracted. In the hills of New Hampshire I tried working in front of a window—and and became quite the bird-watcher.

Damn! what was her name again?

One last question, just for fun. If you could rewrite/remake any horror movie, which one would it be?

Maybe Karloff and Freund’s The Mummy. That opening is terrifying. But then it settles for the occasional eerie sequence and dramatic lighting. And Karloff’s undeniable presence.

Thanks Jack! Great talking with you.

For more on Jack Ketchum, visit his website at www.jackketchum.net.

(A version of this interview was also published in the Nov./Dec. 2016 issue of Suspense Magazine.)