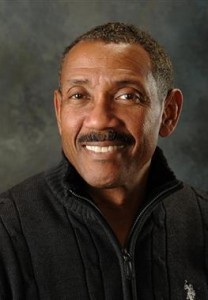 If they’re writers, I’d tell them there’s no better promotional or networking opportunity. The chance to learn from the masters is priceless. It’s a chance to speak on panels to an interested crowd without the expense of Thrillerfest or the giant mob at Bouchercon. You get to chat with fans and other authors at the meals – which are all included in the registration fee. They’ll be part of two huge book signings, both open to the public. They’ll be able to get a professional, videotaped interview at no extra cost. And we promote the attending authors as best we can: on our website, in the program book, and on our Facebook page.

If they’re avid readers, I’d mention the chance to meet great writers, up close and personal. Aside from the keynotes and panels, we’ll interview two local authors at meals. And everyone gets a goodie bag filled with magazines, books, pens, notepads, and our exclusive anthology filled with stories written by attending authors. That alone is a priceless keepsake of the Con.

The conference seems to have more authors in attendance each year, judging from the website (http://creaturescrimesandcreativity.com/). What are you looking forward to the most this year?

Yes, the C3 Con keeps on growing. It is a little different each year and I always look forward to what’s new. But what I look forward to MOST is the reunion with so many friends I rarely see. For me, the best parts of the Con take place during meals when we all sit together, and at the bar after dinner, when we get to chat informally. I learn so much from best-selling authors, and it’s a kick to offer what I’ve learned to aspiring or newly published writers.

What have you learned from the past conferences?

We’ve learned how to make the schedule better, and how to assign the right people to the right panels.

I personally have learned that the biggest names in fiction writing are often the kindest, most open and helpful people, and easiest to work with.

And I’ve learned that storytellers – whether they write mystery, thrillers, horror, suspense, science fiction, fantasy, or paranormal stories – have a great deal in common, and face all the same challenges in creating fiction that readers will want to get lost in.

Thanks, Austin. We look forward to seeing you at C3 this year!

For more information about Austin, visit his website. If interested in attending C3, check out the website to get a flavor of the activities during the conference.

(This interview was adapted from an interview with Austin last year, originally published in the Smart Rhino Publications e-letter.)