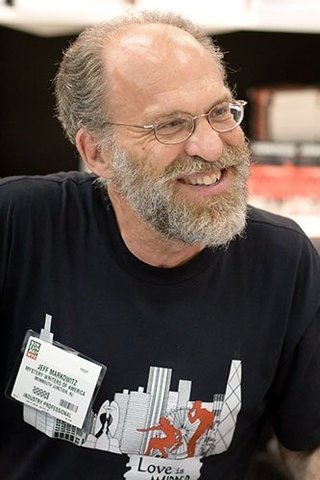 I wrote Who is Killing Doah's Deer at 5:30 in the morning before heading off to work. I wrote A Minor Case of Murder nursing a cup of coffee in a coffee shop waiting to drive my then-teenage son home from fencing practice.  I'm not exactly sure when I wrote It's Beginning to Look a Lot Like Murder. The point is, we find the time for things that are important.

I'll let you in on a little secret. Now that I'm retired and it's easier to find the time, I find it harder to maintain my writing routines.

Before retiring, you were heavily involved in services for children and adults battling with autism. You were the President and Executive Director of the Life Skills Resource Center. Has this experience impacted your writing in any way?

My professional work taught me how to observe and describe behavior, how to determine the function of behavior by examining the relationship among antecedents, behaviors and consequences. That's surely had an impact on how I structure scenes. But it's a very small answer to a very big question.

Except for one short story, I've never written fictionally about an individual on the spectrum. But I spent 43 years creating community-based programs, services and supports for children and adults with autism. That experience shaped my values and impacted everything in my life, including, in ways I may never be able to articulate, my writing.

You're currently the President of the New York Chapter of the Mystery Writers of America. I'd like to spend a little time discussing your involvement with the MWA and its benefits. I think the readers of Suspense Magazine would be interested in learning more about the MWA. Let's start with, why join?

As writers, we spend an inordinate amount of time engaged in conversations with imaginary characters. Now and then, it's a good idea to talk to real people. MWA has lots of people, more than 3000 of them at last count, and, in my experience, if you buy the first round, they're happy to talk to you.

To be serious for a moment, the reason to join is to become part of a vibrant community of writers (mysterywriters.org). Members participate in the activities and events that best meet their needs. For example, in the New York Chapter (mwany.org) we have monthly meetings that include social and informational elements. We bring in guest speakers who talk about aspects of the craft and the business of writing. We administer a mentor program and a scholarship for aspiring writers. We hold write-ins and readings. We speak at libraries. We participate actively at mystery conferences and at book festivals.

So, there are many good reasons to join. But perhaps the best reason to join is that your voice matters. By becoming a member, you help shape the writing community that we want to become.

The New York Chapter extends beyond New York. What states are included in your regional chapter?

MWA, nationally, is divided into eleven regional chapters. When you join the national organization, you also become a member of your regional chapter. The New York chapter covers New York, New Jersey, Connecticut, Pennsylvania, Delaware and West Virginia. The chapter has 660 members.

What personal satisfaction do you get as the President of the Chapter?

Quality, in any organization, happens when you have the right balance between forces that promote change and forces that promote stability.  When you have too much stability and not enough change, you become stagnant. When you have too much change without stability, you have chaos. Listening to members and finding that balance is how I view my role as Chapter President. So, I'm proud to build on the good work of the many Chapter Presidents who have preceded me without being limited by the way we've always done something. I get great personal satisfaction when the chapter tries something new and members tell me they like it.

You often do readings at various events—for example, Noir at the Bar. Many writers would like to perform at readings but are hesitant because they fear speaking in public. Any advice?

If you have an opportunity to read at an event, just get up and read. It's a great way to become part of a supportive community of writers and readers. It will make you a better writer. And it's fun. So, get over it. Really, just get over it.

I worry sometimes that we place too much emphasis on the importance of meaning.  That we have made reading too practical.  (It is, I admit, an odd thing to worry about, but I worry, nonetheless).  Because a love of the written word owes as much to how words sound as to what they mean.  Books come alive when you hear the rhythm and the melody of the words on the page.

On a similar topic of sorts, you often attend writers' conferences. I first met you at the Creatures, Crimes, and Creativity con several years ago, and we had some interesting

discussions over drinks. I know you also attend the Deadly Ink convention. What do you find most valuable about taking part in these events?

In 2005, I was debating whether I could afford to fly to a mystery writers' conference in Chicago. A friend gave me a wonderful bit of advice. "If you want to be a real writer, you have to start going to the places where the real writers go." And so, I went to Love is Murder. I attended the "official" panel discussions in the conference meeting rooms, and the "unofficial" discussions in the bar.  I met authors, editors, publishers and readers.  I became part of a community of writers with similar goals.

Love is Murder is no more (more's the pity) but I attend two or three writers' conferences every year. And my reasons have not changed much since my first writers' con—to attend the official panel discussions in the conference meeting rooms and the unofficial discussions in the bar. To catch up with authors, editors, publishers and readers. To celebrate my membership in the community of writers.

Looking back, what would you have done differently to enhance your writing career?

I have made my share of mistakes, and I'm not shy about discussing them, but looking back, I don't think I would have done anything differently. I did what I could do at the time, balancing my work life, my writing life and my personal life. We talked earlier about the benefits of joining Mystery Writers of America. I joined MWA in 2004, but I didn't participate regularly until 2014 so I didn't take full advantage of my membership. I would advise aspiring writers to take full advantage of every opportunity that comes their way to enhance their writing career.

Hit or Miss combines a coming-of-age story and a detective story. It's inspired by a true crime that took place on Long Island, NY in 1970. I'm currently shopping the finished manuscript.

When you're twenty-one years old, it can be hard, under the best of circumstances, to balance the demands of your father and the desires of your girlfriend. For Ben Miller and his girlfriend Emily Bayard, circumstances are far from perfect. Emily's mother, Mrs. Rosalie Bayard, has been murdered. Ben's father, a detective in the Fifth Precinct catches the case. It's not long before evidence suggests that Dr. Bayard may have hired a hit man to murder his wife.

Hit or Miss is set against the backdrop of the cultural and political unrest associated with the war in Viet Nam. As Detective Miller conducts the homicide investigation and Dr. Bayard attempts to keep an affair with his secretary secret, Emily and Ben find themselves attracted by the politics and lifestyle of the counterculture. Hit or Miss raises questions that were important in 1970 and still resonate today—questions about the rights of free speech and assembly, about equal rights for women and about end-of-life decision-making.

With every book, there is period of time when I carry the story around in my head. I nearly forget that I'm the only person who knows the story. Then I start to get the story down on paper. The characters begin to assert themselves, forcing me to rethink the story. And if I'm lucky, there comes a time when the story that's been stuck in my head, gets stuck in a reader's head. That's what I enjoy most about writing.

Thanks, Jeff, for spending a few minutes with us!

For more on Jeff Markowitz, check out his website at jeffmarkowitz.com.

This interview was originally published in the Summer 2019 issue of Suspense Magazine.