The Evolution of Flash Conwright 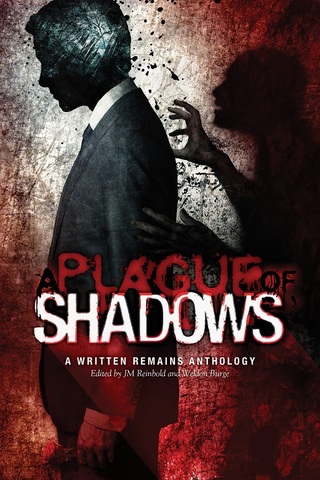 Smart Rhino Publications, in collaboration with the Written Remains Writers Guild, just published the anthology, A Plague of Shadows. The book includes diverse stories and poems about "haunts and the haunted," written by the WR guild members as well as guest writers. One of my stories, "Vindictive," is in the mix.

The chief character of the tale is Francis "Flash" Conwright, a hit man who also happens to be a serial killer. I introduced the character in a tale titled "Welcome to the Food Chain," which centered around the theme of steamed crabs. Yep, crabs. (And Conwright is allergic to shellfish.)

The story was published in several publications before landing in the Smart Rhino anthology, Uncommon Assassins. Conwright was first described in a bit of dialog at the beginning of the story:

"Flash, huh?" The fat man leveled his eyes at the slender man sitting across the table from him. "Why do they call you Flash? Like that comic book guy in the red tights?"

"Something like that. I don't like to waste time," Conwright said. "I was a high school track star. Got the nickname back then. That was in another life, a distant time."

I liked Conwright so much that I resurrected him in "Right Hand Man," which brought more of his somewhat sick humor to the forefront. He proved to be a more fully developed character in this story, and it was a hoot to write. The story appeared in the first Written Remains anthology published by Smart Rhino, Someone Wicked.

So, Conwright reappears yet again, this time in A Plague of Shadows. Here he faces a pesky, vindictive ghost that attempts (and succeeds to some degree) in ruining his business. I added more to this story involving Solomon "Solly" Ventura, who is Conwright's liaison for orchestrating contracts with their clients. Solly has contacts in organized crime, but particularly likes assigning Conwright with freelance work. He and Conwright have been friends for years, and I think their dialogue adds humor and a better glimpse at their relationship. At least, that's what I was striving for in the story.

Don't be surprised if Conwright shows up in any of my future work. I really like the guy!