D.B. Corey didn't begin writing until he was in his mid-50s, after a wealth of interesting life experiences including a stint in the military and a career in IT. He now writes high-action suspense/thrillers that keep readers on the edges of their seats with expertly crafted characters and stories loaded with surprise twists and turns. If you enjoy intense fiction, D.B.'s got the goods!

I met D.B. a few years ago at the Creatures, Crime, and Creativity conference, and we immediately hit it off. I appreciate his willingness to answer a few questions for us.

Your first novel, Chain of Evidence, was published in 2013. Two more books, The Lesser Sin and The Unforgivable Sin, have been published since. How has your approach to writing changed over the years?

I'd like to say I keep my nose to the grindstone, write for hours on end, and have no social life. But I actually write when I feel like it. I guess that's why it takes me 18 months to write a novel. Self-publishing allows me to do that as there is no deadline, so to speak. I lean toward series writing now, though. When I finish the Hanna Braver series, I'm going to bring Moby Truax (in Chain of Evidence) back as a stand-alone series character, which differs greatly from writing a connected series of novels. 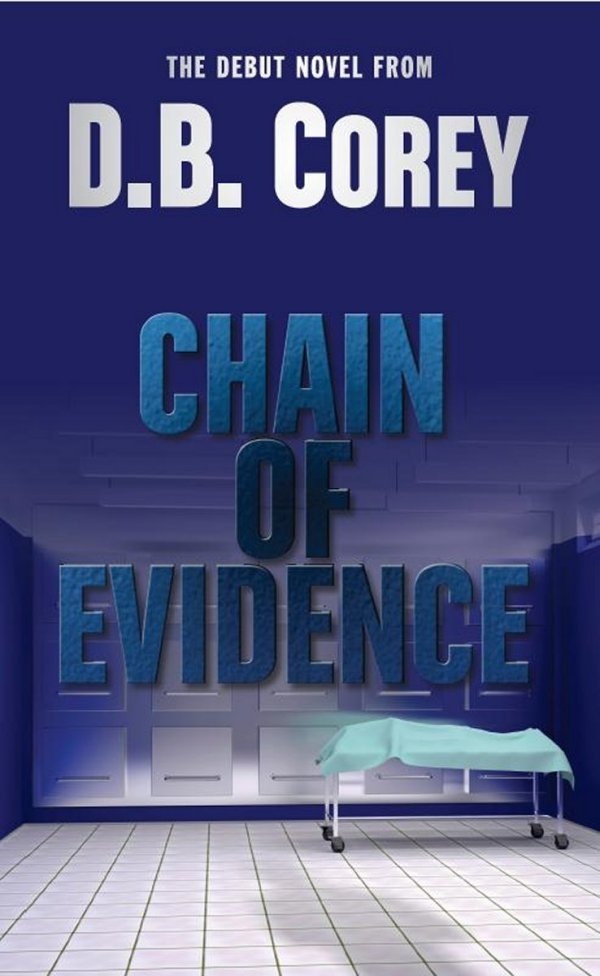 The Lesser Sin and The Unforgivable Sin are the beginning of the Hanna Braver series. In both books, Hanna is a CIA sniper in conflict over her profession and her Catholic faith. Just who is Hanna Braver?

Yes—book 1 and book 2, with book 3 on the way. Hanna is a product of my imagination. I've always been intrigued with the anti-hero, vigilante justice; the hero that does the wrong things for the right reasons. What better reason is there to do the wrong things than when justice fails you and the ones you love suffer? I didn't want a demure housewife who was wronged and must learn weapons, Kung-Fu, tactics, etc., like in Peppermint or The Terminator, so I created Hanna Braver, a gal with eyes like a hawk who works as a sniper for the CIA. That was fine for external conflict, but I wanted some gut-wrenching internal conflict as well. So, I threw in a healthy dose of my wife Maggie, a devout Catholic. I ended up with a strong female protagonist who is a woman of faith that kills within the confines of war, but struggles with her steadfast beliefs when she decides to commit murder and avenge her dead sister, thus jeopardizing her immortal soul.


Are you planning another novel in your Hanna Braver series?

Oh yes. Three is the charm as they say.

Have you considered writing outside the suspense genre?

I think Chain of Evidence was suspense/police procedural, but I think the Braver series is more action-oriented with elements of suspense running through it. When I think of suspense, I think of Alfred Hitchcock. He said (and I paraphrase), "It's not the bomb that creates the suspense, it's the minutes leading up to the explosion." Truer words were never spoken. I have putted around with Twilight Zone type horror, though. I have several ideas I'd like to get to one of these days.

Spillane. I like his gritty characters, settings, and dialogue.

Have you written any short fiction?

I have. Several of them appeared in the Creatures, Crimes, and Creativity (C3) anthologies and one in Insidious Assassins. Others are as yet unpublished.


After college, you joined the USNR flying aircrew aboard a Navy P-3 Orion chasing down Russian subs. How has your military experience impacted your writing career?

Hardly at all. I guess if I wrote military fiction, I would incorporate some of my experiences for authenticity.


A traditional publisher published your first novel, but you decided to self-publish after that. Why did you take that route?