Jeff Strand: The Marriage of Humor and Horror 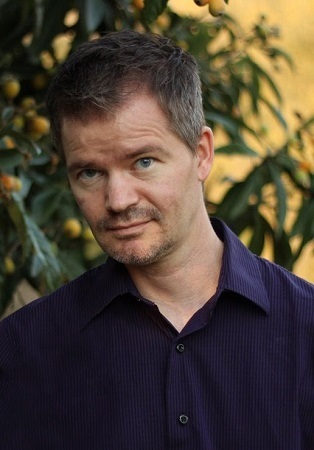 If you're looking for a unique (if not twisted) blend of humor and horror, Jeff Strand is the man. Nominated four times for the coveted Bram Stoker Award, Jeff has more than 40 books under his belt, and apparently has many more yet to spring from his tilted brain. Just the titles of some of his books tell you much about the man—Dead Clown Barbecue, Blister, A Bad Day for Voodoo, Everything Has Teeth, The Sinister Mr. Corpse, and The Severed Nose, just to name a few. He has been the Master of Ceremonies of the Bram Stoker Awards banquet for years, and is a familiar face in horror circles.

Jeff became a full-time writer in 2015, and would probably write even more if he wasn't so addicted to videogames and Spider-Man comics. But he did find time to talk with me about … well, stuff.

You're trapped in a cave with Jason Voorhees, Michael Myers, Freddy Krueger, Pinhead, and Chucky. Is it party time or dying time?

Dying time. I could fend off Jason, Michael, Freddy, and Pinhead, but Chucky pushes it over the top. Avenge me.

I've always believed horror and humor are kissing cousins. You apparently share that opinion. Why do you think that lip-locking works so well?

A lot of perfectly innocent jokes involve really horrible things. (DOCTOR: "I've got good news and bad news. The good news is that you've got three days to live." PATIENT: "That's the good news? What's the bad news?" DOCTOR: "We've been trying to call you for the past two days.") Horror/comedy just takes that one step further.

Speaking of humor in horror, your Andrew Mayhem series is a hoot. The titles alone are ... um ... unique: Graverobbers Wanted (No Experience Necessary), Single White Psychopath Seeks Same, Casket for Sale (Only Used Once), Lost Homicidal Maniac (Answers to 'Shirley'). So, how much (if at all) of Andrew Mayhem is Jeff Strand?

Almost none. In fact, when I first created the character, the most important element to me was that he had two young children that he was responsible for when he was off doing dangerous things, and I don't have kids. The other key factor was that he was a guy in his thirties who didn't really know what he wanted to do with his life, which was never the case with me. I've always been laser-focused on the whole "I wanna be a writer!" thing. He's a fun character to write and I love the guy, but he's definitely not a stand-in for me.

Yosemite Sam having a temper tantrum is one of the funniest things animation has ever produced.

What, in your opinion, was your "break-out" novel?

Pressure. I was worried about it at the time because I'd established myself as the horror/comedy guy and now I was publishing a "serious" novel. I thought readers might shout "Stick to the jokes, Funny-Boy!" But it ended up being my most popular book by far, and got me my first Bram Stoker Award nomination and my first mass-market release. Dweller was my second "serious" novel, but some later books blurred the line to the point where I wasn't sure how to categorize them.

Do you work from an outline or just wing it? Read More