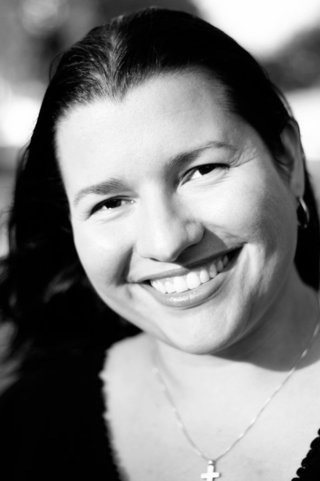 Liz DeJesus loves taking familiar fairy tales themes and giving them new twists--if not turning them upside-down. She is a novelist, freelance author, writing coach, and poet. If you enjoy the retelling of fairy tales, be sure to check out her work--including Jackets, First Frost, Glass Frost, Shattered Frost, and several others. Her story, "Sisters: A Fairy Tale," was published in the Smart Rhino anthology, Someone Wicked.

Liz agreed to talk with us about her work--and, as always, we enjoyed the conversation!

Let's start with the easy question for you. Why fairy tales?

It goes all the way back to my childhood. I was bullied as a kid throughout most of my childhood and fairy tales were a safe haven for me. Brothers Grimm, Hans Christian Andersen, and Charles Perrault. Their books and stories all conveyed the message that I could have hope and that things could get better for me. I needed that message so badly at that time in my life. So I read them over and over again just to keep myself afloat. It took a while but things did eventually change for me.

So that’s the main reason I always gravitate towards fairy tales. In life and in my writing. Besides, it’s so much fun to play with these stories!

I love reimagining these fairy tales. I especially adore writing fairy tale retellings. I like to think about what it would’ve been like to have been in their shoes. Cinderella, Snow White, Red Riding Hood … just to name a few.

I remember the short story I wrote for the Someone Wicked Anthology, "Sisters: A Fairy Tale." It’s a fairy tale retelling of the story "Toads and Diamonds." That was a lot of fun to write. I got to see two sides of a story I always wanted to know more about.

With The Frost Series (First Frost, Glass Frost, and Shattered Frost), I use fairy tales as the foundation of the story. What if Snow White and all these fairy tale princesses had children? What happened to those children? Bianca Frost is the main character of the series and she’s a witch as well as a descendant of Snow White.

In my collection of short stories, Mugshots, I use fairy tales once more except that this is a modern retelling of Snow White, Red Riding Hood, Alice in Wonderland, and Goldilocks and they all commit crimes that land them in jail. Sex, drugs, and rock n’ roll! Believe me, I had WAY too much fun writing that particular book.

If you could start over, what would you do differently?