Talking with Chantal Noordeloos, Author of Coyote the Outlander 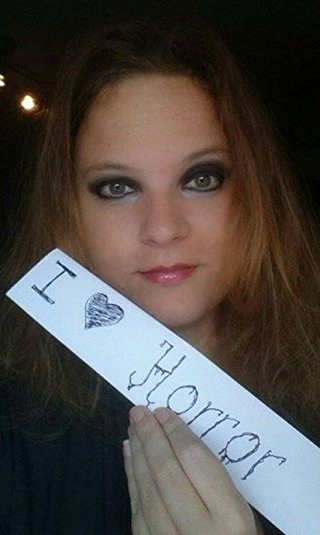 Chantal Noordeloos lives in the Netherlands, where she spends a lot of time arguing with characters (aka writing). In 1999, Chantal graduated from the Norwich School of Art and Design, where she focused mostly on creative writing. There are many genres that Chantal likes to explore in her writing. Currently steampunk is a focus of hers, leading her to write her Coyote novels about a female bounty who faces bizarre challenges.

But Chantal's "go to" genre will always be horror. "It helps being scared of everything. That gives me plenty of inspiration," she says.

Chantal is one of Smart Rhino's favorite writers, and we always enjoy talking with her. She gladly provided the following interview--which captures much of her inherent wackiness. Enjoy!


Your Coyote novels, Coyote the Outlander and Coyote: The Clockwork Dragonfly, are uniquely steampunk. Coyote is a strong and fascinating heroine. How much of Coyote is Chantal?

Ha! You caught me there. There’s quite a lot of me in Coyote, more so than any other character I’ve written so far. I think that also has a lot to do with that she’s an old role-play character of mine, from back in the days that we played Dead Lands.

There are a great deal of differences, of course. I can’t shoot a gun to save my life (in all honesty, I would more likely shoot myself than an opponent) and even if I could, I don’t think I’d have it in me to kill anyone. In a fight of flight situation … well, let’s just say I do the worst … I freeze. *cringes*

So, not so much the heroic bounty hunter, more the useless cannon fodder. If the *insert scary monster here* Apocalypse should ever happen, I would be among the first to die—and I probably won’t even die with dignity.

But at least I get to live vicariously through Coyote, right? Right? *bites lip*

Where I think we’re similar, she and I, is that Coyote has my zany outlook on life, and my sense of humor. One could argue that all characters I write have "my sense of humor" since, ehm … I wrote them, but that’s not exactly true. There is a difference between what I write and how I am in real life—there are plenty of characters I’ve written where I thought: "Dude, wtf is wrong with you?" Not sure what that says about my own mental state, but there you have it.

Coyote reflects how I feel about subjects such as inequality. She also mirrors some of the awkwardness I felt as a young girl/woman for being a tomboy. When I write Coyote, I base her very much on the parts of my personality that are confident, yet at the same time I give her some of my own insecurities, too. I would say she is the braver version of me—one who doesn’t care what anyone thinks.


Your novel Angel Manor is straight up horror. Do you think your writing will lean more toward that genre in your future work?
Read More