An archaeological team, including a number of Americans, disappears high in the Alborz Mountains of northwestern Iran. Days later, imagery from U.S. spy satellites reveals detachments of the Iranian Revolutionary Guard Corps converging on the area. With the presidential election only months away, President Roger Hancock authorizes a covert CIA mission into the mountains of Iran to rescue the archaeologists. Little do the rescuers know of the ancient evil they must face, or that the events could lead to the next world war—or even the apocalypse.

The lead character, Harry Nichols, is a church-going Christian, but also a highly skilled paramilitary operations officer who leads his team into dangerous regions of the Middle East, often on what seem like suicide missions. He faces moral dilemmas in his profession and is forced to make hard decisions, and this makes his character deeper and richer as the novel progresses. All the characters are well developed and thoroughly believable.

There is machismo and brutal violence aplenty, but England tempers this with a sensitivity and humanity rarely exhibited in espionage/action stories. There is little “black and white” here—the villains and the heroes are not always clearly discernible, adding to the overall suspense.

I was most impressed with England’s ability to maintain objectivity as he developed his Muslim, Jewish, and Christian characters throughout the novel, displaying a keen insight for character motivation based upon religious conviction, political ideology, and personal moral (and often amoral) predilections. There were many opportunities where the writer may have started to “preach,” but England deftly held his hand and created a balanced narrative, leading to a wholly satisfying conclusion (and, of course, a taunting taste of the sequel to come).


(A version of this review was also published in the September 2011 issue of Suspense Magazine.) 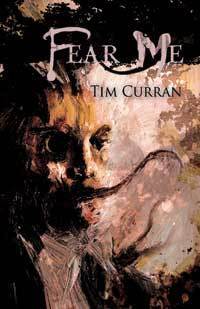 Tim Curran is a revered horror writer, the author of the novels Hive, Skin Medicine, Dead Sea, The Devil Next Door, Resurrection, and Biohazard. His latest novel, Fear Me, has just been published by Delirium Books.

The short novel is set in Shaddock Prison, a maximum security facility housing some of the most vicious, hardened criminals in the country, including the protagonist, Romero. When Romero gets a new cellmate, Danny Palmquist, he assumes the scrawny blonde kid won’t last in the hell that is Shaddock—but, he doesn’t know Danny’s dark secret and his own brand of “hell”. Whenever Danny is hassled or harmed, Danny’s brother takes bloody revenge on his oppressors. Despite the bars and walls, there is no escape from the horror unleashed every night as Danny sleeps. And the deaths are supremely gruesome.

Curran steers clear of prison clichés here, yet successfully immerses the reader in the rigors and inhumanity of prison life. As the lead character, Romero is a believable, complex character, but he is far from the convict with the heart of gold. He intercedes in defense of Danny, although it is likely to mean his own death, even before he discovers Danny’s true nature. But, even then, Romero’s motives are largely self-serving and more out of a sense of fairness than any real concern for Danny’s well-being. In Curran’s deft hands, the characters are well-defined, and the plot—while outlandish and horrifying—is ultimately thrilling and satisfying.

Many of Curran’s stories, while not Cthulhu Mythos pastiches, often contain Lovecraftian undertones. Fear Me is no exception, and is certainly not for the faint of heart—the novel is filled with brutal violence, gore, slime, and ever-heightening suspense until the incredible climactic scenes. This is a must for Curran fans—or anyone who loves a fast-paced horror yarn!


(A version of this review was also published in the August 2011 issue of Suspense Magazine.)

Ooh, this sounds good! I can get a little squeamish but even I'm tempted by it!! Excellent review on what looks to be another good read!! 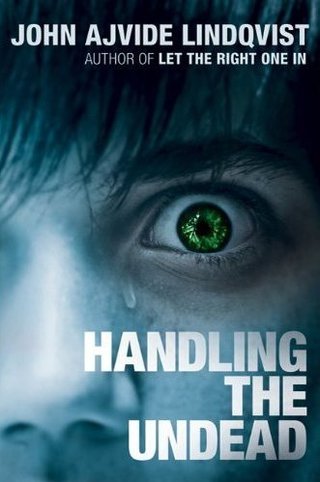 Like Lindqvist’s debut novel, Let the Right One In, Handling the Undead breaks many molds. If you’re expecting brain-munching zombies and fast-moving, bloody carnage, this book may not be for you. While there are plenty of gruesome, creepy scenes (and a particularly disturbing sequence involving a pet rabbit), the horror here is deeply emotional, often heart wrenching. In fact, the core theme of the novel is the love for family and what extreme measures we would take to preserve that love. This is sophisticated horror that takes the genre to new and exciting levels. 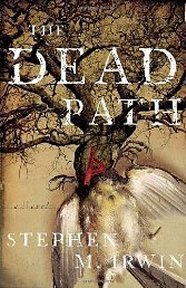 If you're into suspense in all its forms, Suspense Magazine is a must! I love the publication's fine balance of new fiction, author interviews, book reviews, advice for writers of suspense, and amazing graphics. You can find the magazine at most major book stores, but I'd advise subscribing (either to the electronic or the paper version.)

I mentioned in an earlier blog that I've signed on with Suspense Magazine as a book reviewer. The first of I hope many reviews was just published in the December 2010 issue.

Here is my review of The Dead Path by Stephen M. Irwin:

Nicholas Close is a haunted man. After his wife’s sudden death, Nicholas begins to see dead people—ghosts who must suffer their hideous deaths in endlessly replaying, silent loops before his eyes. He returns to his childhood home in Australia, where he sees the ghosts of terrified children (including his best friend, Tristam, who was murdered when he was ten-years-old) yanked by invisible hands into a dense, dark forest outside of town. More victim than hero, Nicholas is forced to face his childhood fears and confront an ancient evil when a local child goes missing, and he knows other innocent children will die if he doesn’t act. The story builds intensity from there, stacking bodies and scares, and never lets up until the astonishing conclusion. The last chapter is absolutely chilling.

This stunning debut horror novel is part The Sixth Sense, part Blair Witch, part Stephen King’s It, with a liberal helping of the darkest of Grimm’s tales. Such comparisons, however, do little justice to Irwin’s work, which stands strong on its own. His writing is elegant, highly descriptive and well-paced. Any novel revolving around the gruesome murders of children requires a skilled hand and deft control; Irwin handles these elements of his story well. I found the novel deliciously creepy and disturbing. We can expect more from this fine Australian author in the future!

(By the way, if you suffer from any degree of arachnophobia, this book is definitely not for you!) Read More

Great review! So, your first batch of reviews as a book reviewer for Suspense Magazine also came out in the December 2010 issue? I think we may have talked about this before, but I may be mistaking you with another review. It's an intensely large cast.