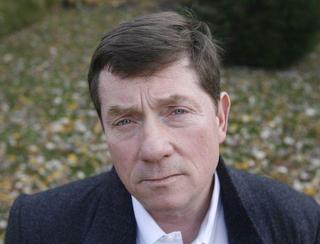 Chris Bauer is a Philly guy. It's ingrained in his nature and, not surprisingly, in his writing. Growing up in northeast Philadelphia—playing sports on blacktop and concrete, grappling with neighborhood kids, and enduring twelve years of Catholic education—flavors much of his work. His horror/thriller novels include Hiding Among the Dead, Scars on the Face of God, and Jane's Baby.

Chris took some time from his busy schedule to share some insights about his fiction, his writing strategies, and his thoughts about publishing in general.

Thanks for talking with us today, Chris. Tell us about your latest novel, Hiding Among the Dead.  What's it about?

So, this Navy SEAL named Philo Trout retires from the military and buys a small Philly business that specializes in commercial crime scene cleaning. He runs smack-dab into a local crime syndicate of unlikely pedigree: the Hawaiian mob. Thought to be eradicated in Hawaii, the mob family has resurrected itself in the unlikely confines of Philadelphia, its business model now including organ trafficking, preying on desperate immigrants for their raw materials.

Add to this, Philo is also a retired, undefeated, illegal bare-knuckles boxing champ. Plus, one of his employees is an amnesiac. Another employee, the former owner, a woman, needs a lung transplant from all the toxic cleaning chemicals and two packs of Camel cigarettes she's inhaled each day.

Great conflict, plenty of action, and a bit of gore—'cause, after all, they're crime scene cleaners, and some crime scenes have been known to make even the toughest of cops and EMTs lose their meals.

Yep, crime scenes can be nasty. How much and what kinds of research were required?

I followed a certain Australian crime scene cleaner named Sandra Pankhurst whose personal struggles have been chronicled by Sarah Krasnostein's The Trauma Cleaner: One Woman's Extraordinary Life in the Business of Death, Decay, and Disaster (St. Martin's). I also did extensive research on grain elevator explosions in stevedore environments like in Philadelphia, where a few pivotal scenes are set in an abandoned grain elevator. I even researched Smokin' Joe Frazier's Gym, now a Philly landmark on the National Trust for Historic Preservation list. But the real question is, have I personally visited any bona fide gruesome crime scenes that needed remediation?

The answer is… drum roll please…

Nope. I pulled up pictures of many a crime scene online. I also looked online at what meth operations and hoarding can do to a private residence and checked into the cost of remedying murders and messy suicides and other destructive events. Plus, I looked into the illegal organ trafficking market to price some organs. Wanna buy a bowel?