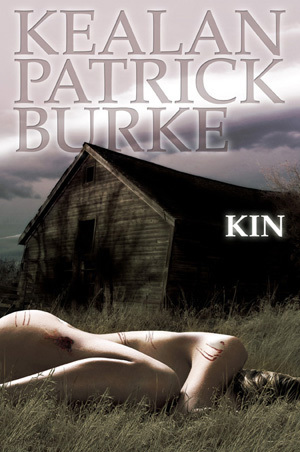 Kealan Patrick Burke is a man of many talents—a skilled and promising horror writer, editor, artist, and actor. Born and raised in Dungarvan, Ireland, he came to the United States in 2001 to find his fortune in writing. During the intervening years, his work has garnered critical acclaim and awards, and he has been called “a newcomer worth watching” by Publishers Weekly and “one of the most original authors in contemporary horror” by Booklist.

The man truly is busy! Yet, when I asked Kealan to talk with us concerning his experiences, he kindly agreed to the following interview.

Weldon Burge (WB): Born in Ireland, coming to America--what was the hardest part, as a writer, of acclimating to the U.S.?

Kealan Patrick Burke (KPB): The hardest part of coming here, as a person, not solely as a writer, was leaving everything I knew behind: family, friends, the culture, and basically starting from scratch in a place I’d never seen outside of TV. It was a daunting task, and pretty terrifying for a guy who had scarcely been outside of his own country for twenty one years. But that same task provided ample fodder for my writing, broadening my horizons and widening my perspective to an infinite degree. More importantly, relocating here afforded me the opportunity to write uninterrupted for two years, an opportunity I hadn’t had up to that point, and in that space of time, I wrote and sold my fiction like a madman. So if I hadn’t made the move, it’s quite likely I’d never have seen my work in print, or have ended up pursuing writing as a full-time career.

WB: Do you work from an outline, or do you pretty much improvise?

KPB: Generally I don’t work from an outline because I like to be surprised by where a story takes me, and plotting out every detail, every twist and turn, seems to suck all the fun out of it and runs the risk of sapping my enthusiasm for the project. Instead I’ll keep a notebook by the computer into which I’ll scribble plot points, twists and revelations, character traits and phrases I like as they come to me. The current novel, Nemesis, for example, while not fully outlined, has roughly fifty pages of notes that wouldn’t make much sense to anyone else if they looked at them. To me, those notes are like an extended movie trailer. There’s just enough to know what the story’s about, but not enough to spoil it. If I ever tackle a book as big as Lonesome Dove, or The Stand, however, it may become necessary to outline just to keep things on track. We’ll see.

WB: What is your biggest challenge when writing a novel?